What we regulate in the north and offshore

We have regulatory responsibilities for oil and gas exploration in those parts of the north and offshore that are not under provincial or territorial regulation. These responsibilities are in addition to our responsibility to regulate projects that cross the boundary of a territory or province.

Projects in regulated areas: We regulate oil and gas exploration and development in Nunavut, parts of the Northwest Territories, and Canada’s offshore (except for areas covered by other provincial or federal agreements). We regulate these activities under the Canada Oil and Gas Operations Act and the Northwest Territories’ Oil and Gas Operations Act.

Some of these activities include:

Explore where we regulate and under what legislation 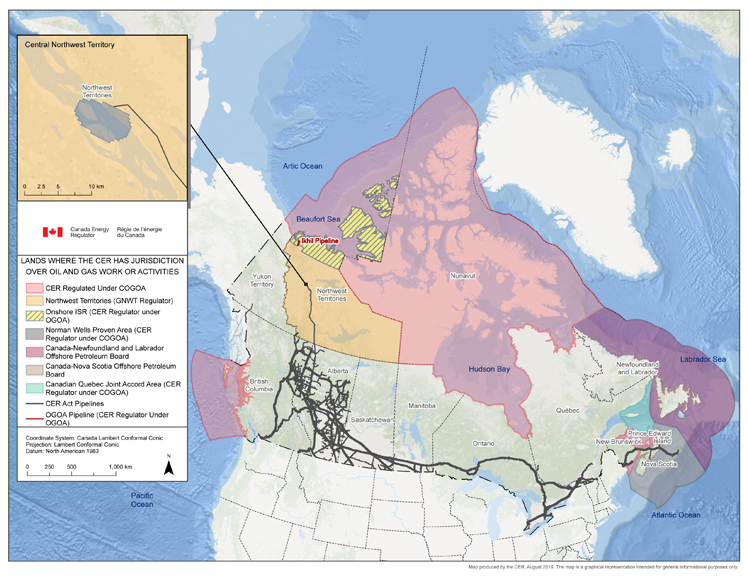 See our section on the Canada Oil and Gas Operations Act for a full list of related regulations and guidance.