Enbridge Pipelines Inc. and its subsidiaries included in the scope of this audit included specifically:

These subsidiaries hold the certificates for Enbridge’s NEB-regulated facilities. 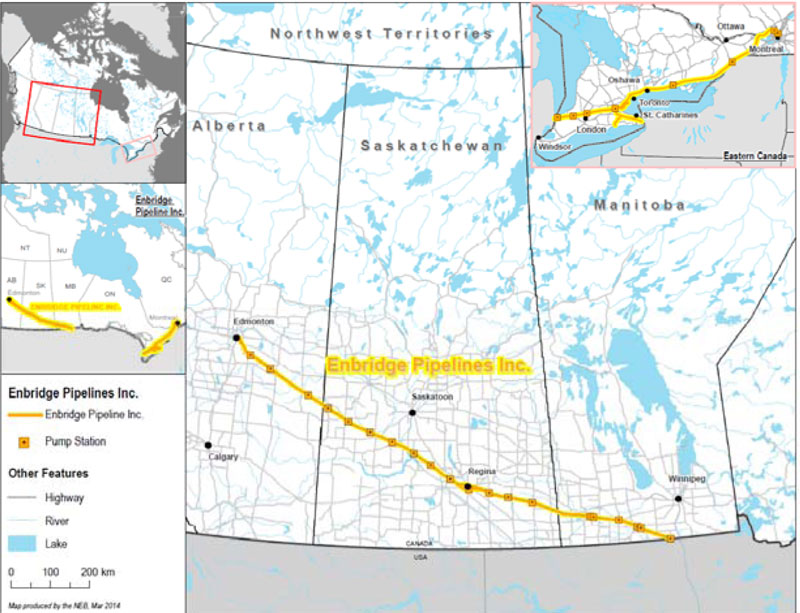 The Enbridge pipeline system, shown in Figure 1, is 7,747.04 km of oil pipelines that extend from Edmonton, Alberta, to Montréal, Québec, connecting with other oil pipelines in the United States at the Manitoba/North Dakota and Michigan/Sarnia Ontario borders. 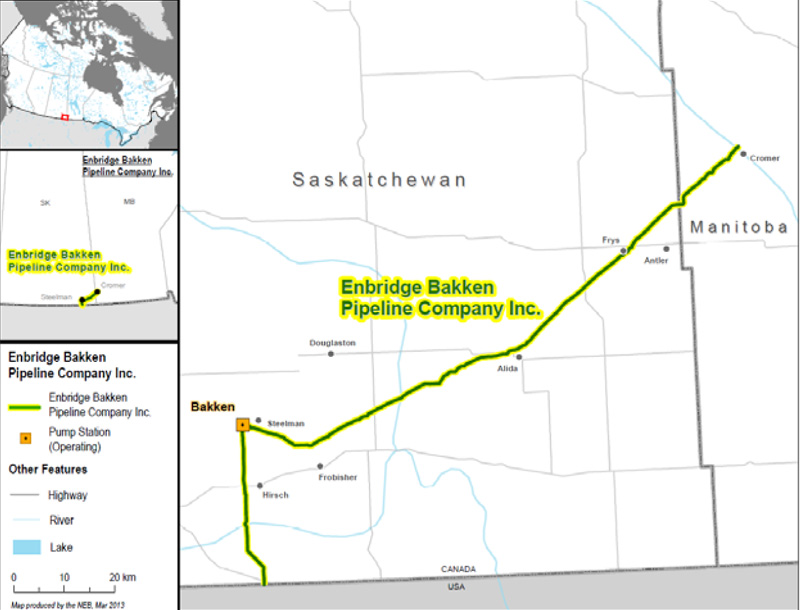 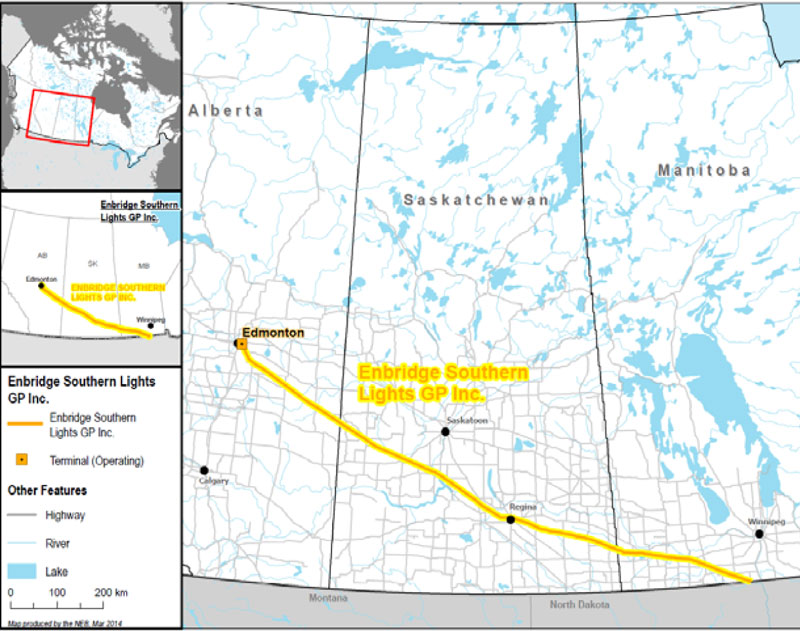 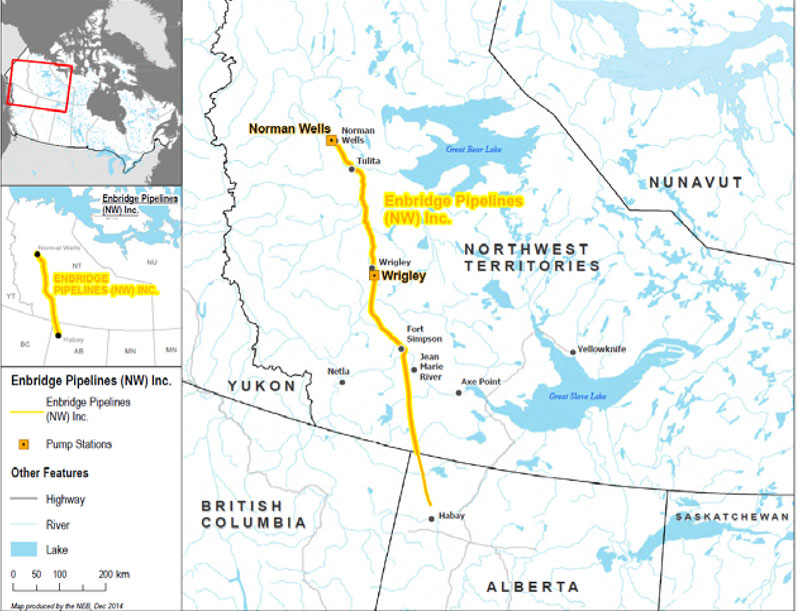 The Enbridge (NW) pipeline, shown in Figure 4, is a 854.65 km pipeline that transports oil from Norman Wells, Northwest Territories into Northern Alberta. 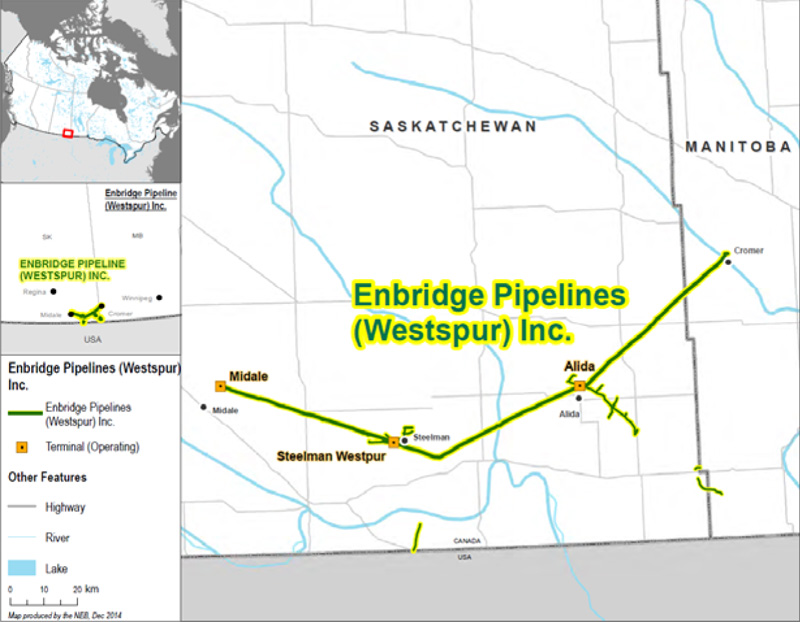 The Enbridge Westspur pipeline, shown in Figure 5, is a 483.33 km pipeline that transports oil and gas from Midale Saskatchewan to Cromer Manitoba.